On 22 September 2016, the Central Bank of Malta will issue a €2 commemorative coin depicting the Ġgantija temples.

The coin reverse shows the common €2 side while the obverse (national side) shows a representation of the Ġgantija temples. The coin obverse was designed by Noel Galea Bason.

The Ġgantija Temples complex in Gozo is one of the best preserved on the Maltese islands. The site dates to 3,600-3,200 B.C. and is one of the oldest free-standing monuments in the world. Ġgantija was listed by UNESCO as a World Heritage Site in 1980.

This coin is the first of a series of seven that will be issued by the Bank which will depict Malta's prehistoric monuments that are listed by UNESCO as World Heritage Sites.

These commemorative coins will be issued in circulation quality in rolls of 25 coins each as well as in coin cards. The coins in the cards, of which only 30,000 will be made, will bear a mint-mark of the Monnaie de Paris, where the coins were minted. The cost of a roll of 25 coins is €70, while that of a coin card is €7. 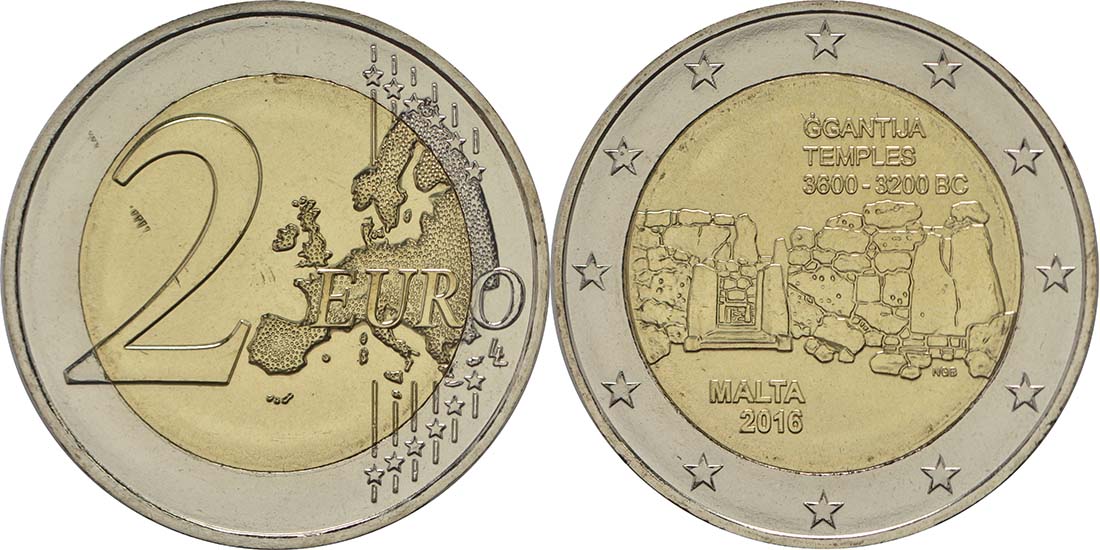 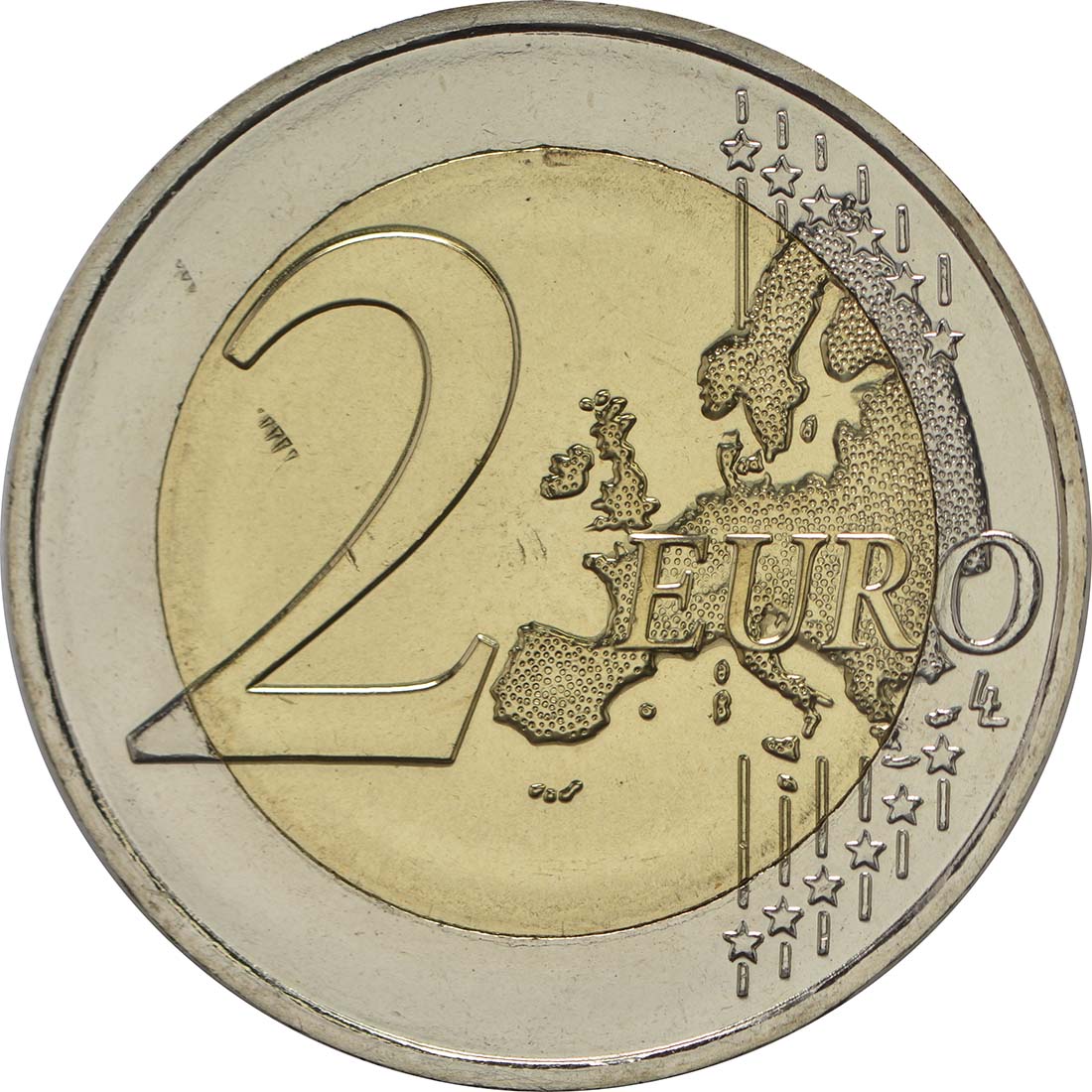 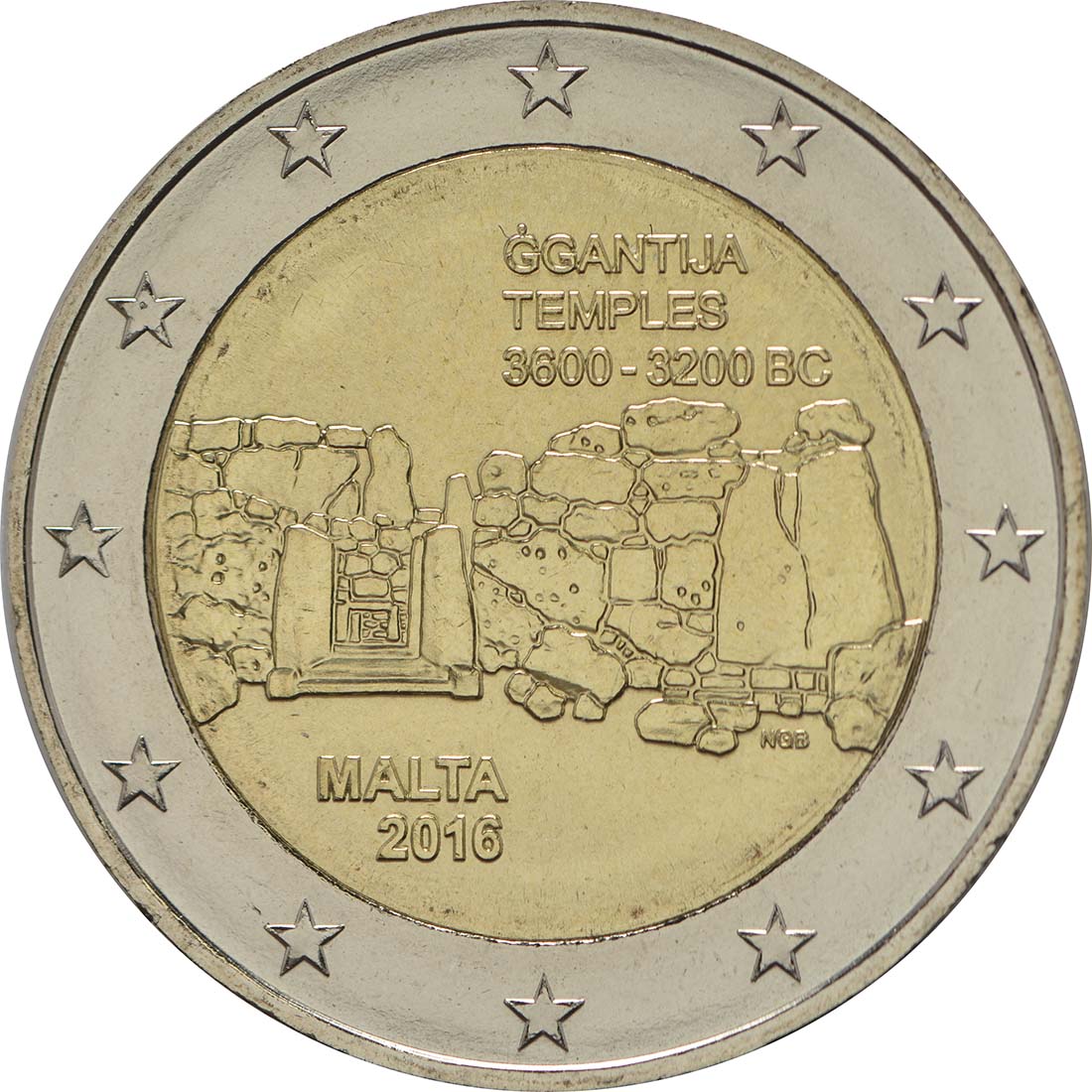 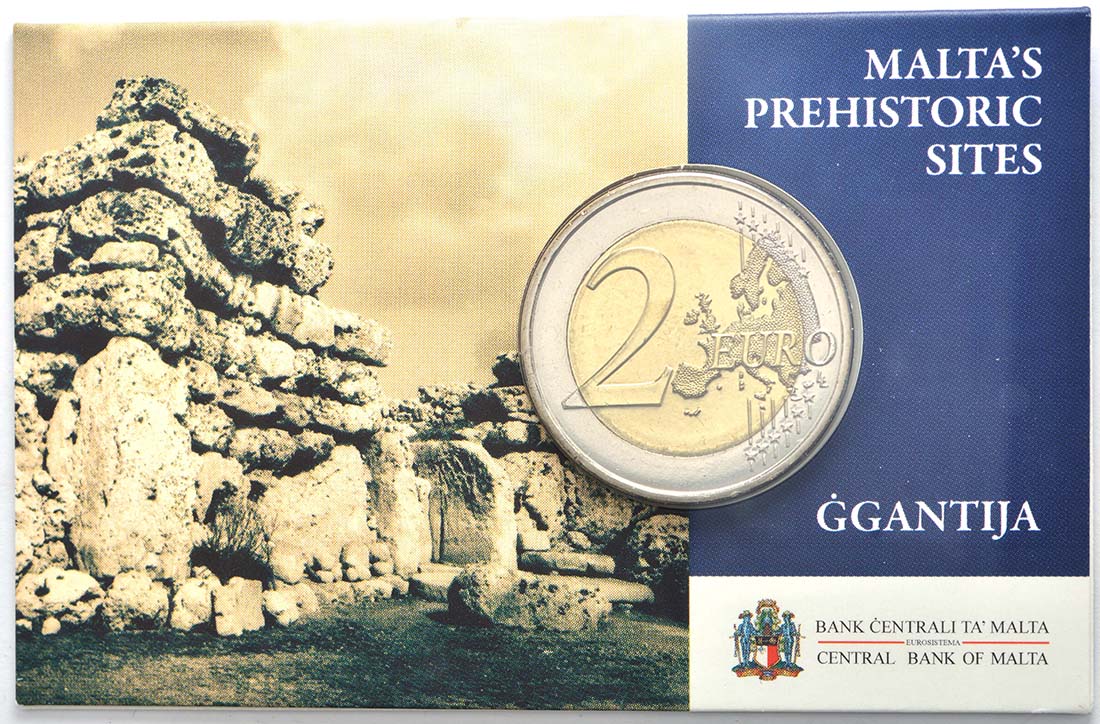 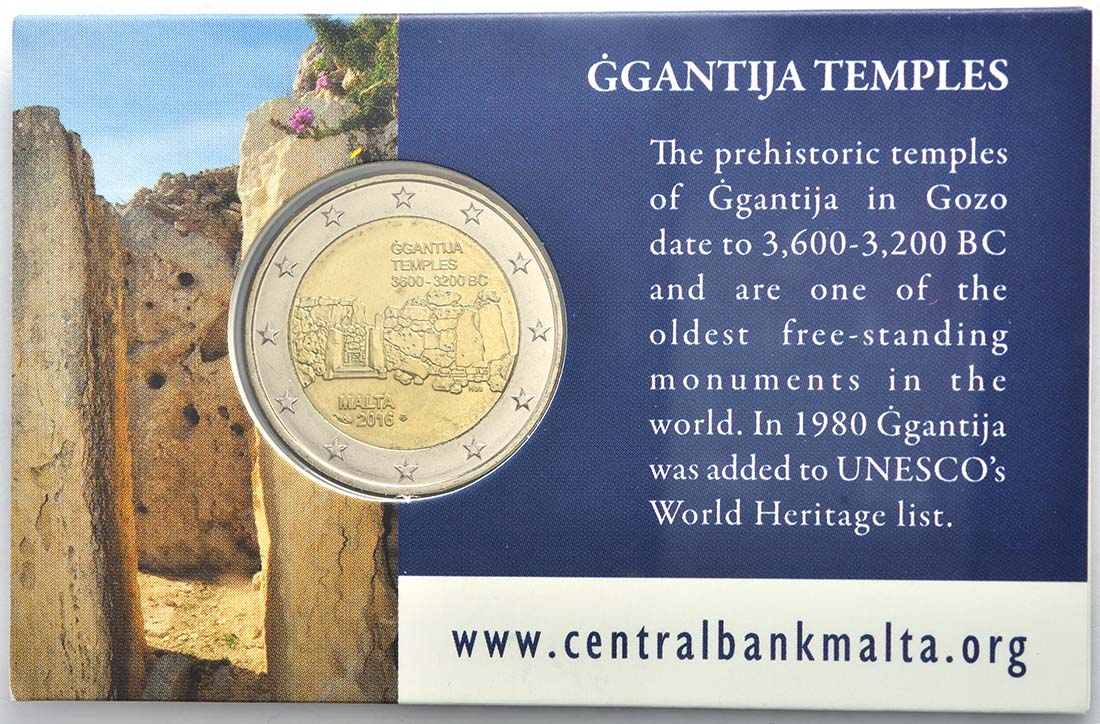