The two-euro commemorative coin dedicated to Paul Keres, which will enter circulation as an ordinary coin with a special design, features a portrait of the great Estonian chess player with his name and some chess pieces. Riho Luuse, who created it, is a designer who has previously also designed postage stamps. The coin will circulate throughout the whole euro area, and the design will now be passed for approval to all the euro-area states before it is issued at the start of 2016. There will be 500,000 of the coins issued, of which 5000 will have the highest quality BU finish.

Thirty-one designs were submitted in the competition, and second and third places also went to designs by Riho Luuse, while fourth place went to Margus Kadarik and Toomas Niklus and fifth to Ivar Sakk. 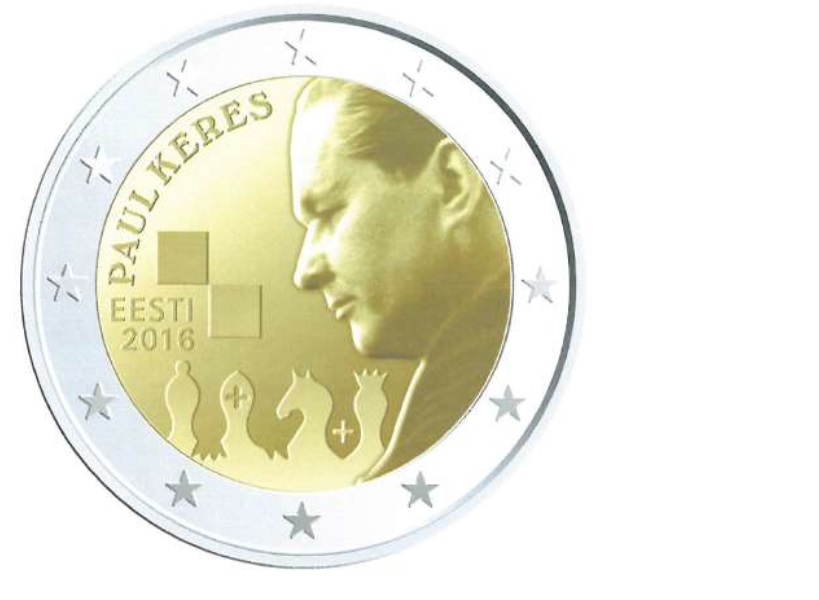 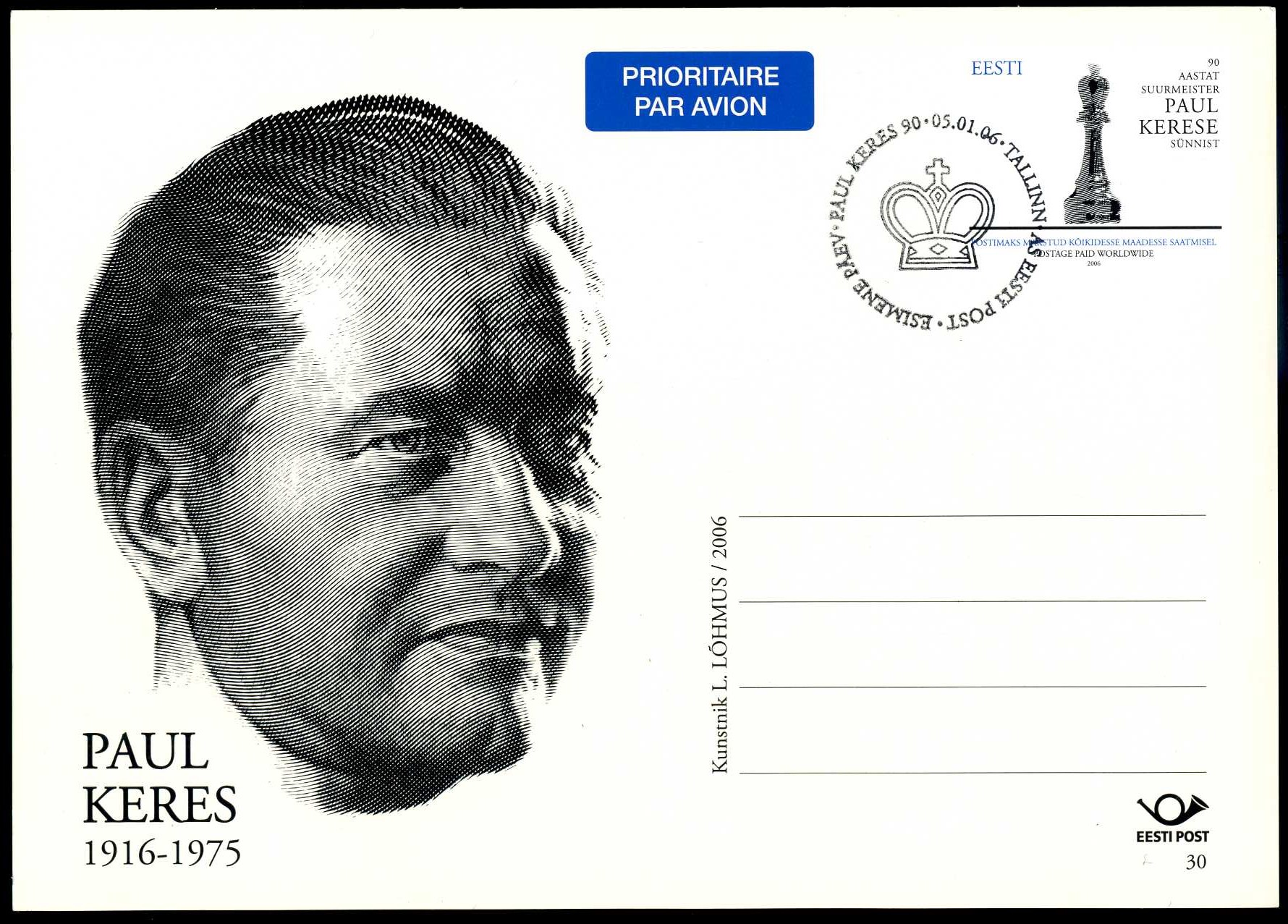