The contract with Nordic Moneta runs from 1 December 2019 to 31 December 2022, and includes an option for two one-year extensions.

No new collector coins will be minted in 2019. The Ministry of Finance will issue a separate announcement if it decides to place any other collector coin products on the market before the end of the year (including the Constitution Act of Finland 1919 commemorative coin).

Since the value of the contract was above the EU threshold, the procurement procedure was an open call for tenders. Tenders had to be submitted between 26 September and 28 October 2019. 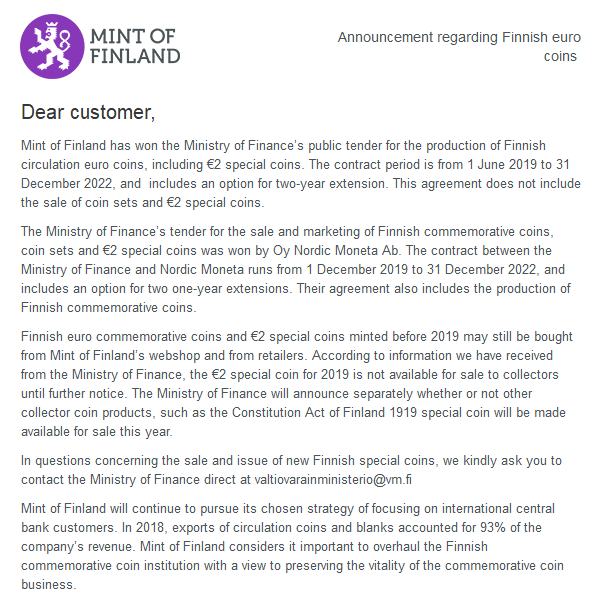 Verkauf der 2 € Gedenkmünzen "Verfassung":
"Thank you for contacting the Ministry of Finance. Un-fortunately, at the moment, the euro coins in question are not available for purchase. It will be determined du-ring the end of the year, whether the coins will be avai-lable for purchase".
Zuletzt bearbeitet: 24.11.2019
Du musst dich einloggen oder registrieren, um hier zu antworten.